A Saucy Story of a Chocolate Adventure

Building something out of nothing! 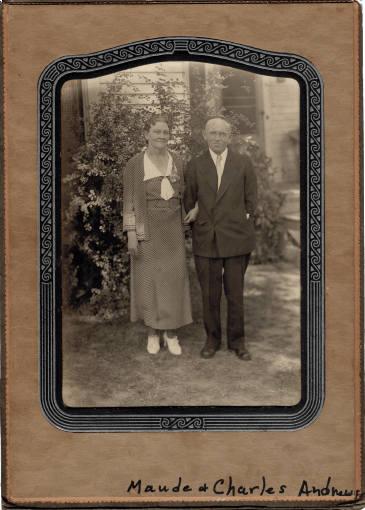 It was at these festivities that three memorable experiences were shared: love, laughter and Great Grandmother Maude’s heavenly Chocolate Sauce, always served in an ornate jug, along with rich, homemade vanilla ice cream.

Between the oohs, aahs and pleas for double portions of Chocolate Sauce, Great “Gram” would tell the tale of how she and her husband Charles had watched as their home was ravaged by fire, and how she had scoured the ashes to salvage the remnants of her precious and treasured crockery and her metal lock-box of important documents, including the family recipe book. “What God has spared is meant to be shared,” she would declare as she served generous second helpings.

As great as the Chocolate Sauce was, no one imagined it as an enterprise until 1928 when the Great Depression swept through the land. Times were desperate and Gram and her six daughters devised a survival plan. They invested what little they had in ingredients and worked day and night to make and sell enough Chocolate Sauce to survive. To their surprise, they received an unexpected bonus: Not only did they survive, but word of their delicious enterprise had spread and in the years that followed, sales of the Chocolate Sauce went on to fund the family’s recovery and reconstitution.

A generation later, sales of The Chocolate Sauce expanded as it became an appreciated gift for Valentine’s Day and an essential in the July 4th picnic baskets, Thanksgiving hampers and Christmas stockings. And now, 100 years since Great Grandmother Andrews first served her Chocolate Sauce in her antique jug, we are delighted to share her recipe with you, honoring her memory and echoing her injunction to share what God has spared.

Our wish is that you enjoy it, share it with your loved ones, and serve generous amounts of The Chocolate Sauce, making every occasion a delicious memory!